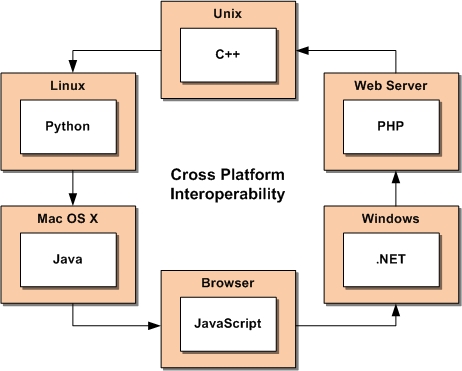 A specification language called Slice allows you to define types and interfaces used by your applications, regardless of what languages you use to implement applications. A compiler then translates such language-independent specifications into a language-specific API. The generated API takes care of many of the communications chores that you would otherwise have to implement yourself. The diagram below shows the C++ tool chain of a typical Ice application:

An Ice object is an abstraction for an entity in the local or a remote address space that can respond to client requests. It has a unique identity and a main interface representing a collection of named operations that the object supports; the object may support additional interfaces as well. Clients issue requests by invoking operations on the object.

A proxy is a handle that a client uses to access an Ice object. You can think of a proxy as akin to a pointer in C++ or a reference in Java, except that a proxy can denote an object in a remote address space. When a client invokes an operation on a proxy, the Ice run time takes care of locating the object, starting its server if necessary, instantiating the object if necessary, and transmitting parameters between client and server.